Every year it seems this holiday comes sooner than the last. Why does time fly faster the older we get? Good grief, nephew Kevin is away at college this year (OSU) with Jake right on his heels as a senior and Sam close behind. College? How can it be, only a few years ago we were buying Rescue Heroes and Captain Underpants for their Christmas gifts, and now it’s Xbox gift cards and iPhone accessories. 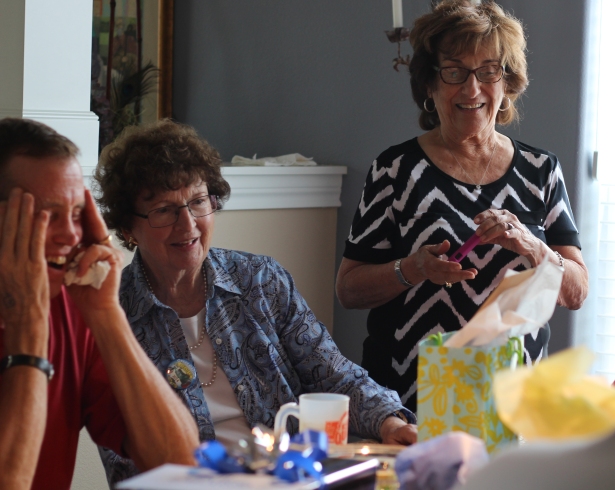 Had a great family weekend at Pacific City again this year.

Mike and I are doing well, thank goodness we’re staying the same age as the nephews grow older…oh wait, that’s probably not true. Darn. In fact, Mike’s feeling a little older than normal right now, he’s got a bum shoulder that will be operated on in January. It’s been painful since May so I’m sure it’ll be a relief to have it fixed. Unfortunately, that meant much less time on the bikes than in years past, although we did get in some really fun and long rides early in the season.

Mom does seem to have found the “pause” button when it comes to aging, she’s happy and healthy and is always driving somewhere to do something interesting.

We started out the year by getting in the car and road tripping south for a few weeks. We’d purchased tickets to see Nitro Circus in Las Vegas (a stunt show with motorcycles, ATV’s, bicycles, skateboards, and other weird stuff), we spent a few days in Vegas, checked out our Arizona property, got to have breakfast with old friends in Quartzsite, and also went to the San Diego Zoo and Disneyland. It always feels like such a gift to be able to leave the cold and snow for a few weeks in the middle of winter.

Mike finds a buddy in Oatman.

The view of Hoover Dam from the new bridge is incredible.

They shrunk the castle! Now that we’ve been to Disney World, the Disneyland castle looks pretty puny.

We had a good time attending some of our favorite annual events this year too, from the Steam Up in Brooks to Supercross in Seattle, Motocross in Washougal, a local vintage race, and had the chance to get up to Tacoma to see the Cannonball Run participants cross the finish line. 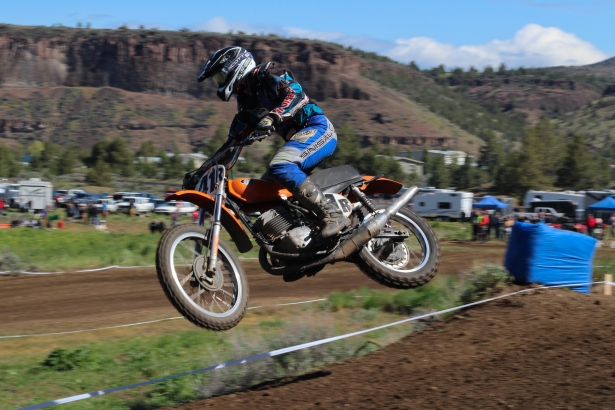 Mike and I both helped out at the annual Steel Stampede Vintage Motorcycle event in May. Mike ran the gate for motocross, and I took pics and created posters for the event.

I had fun with my new camera at the Washougal National MX this year. We’ve been going to this race for 25 years! 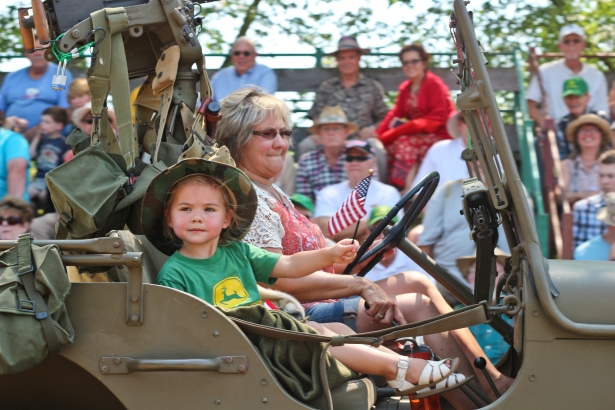 Brooks Steam Up parade – this year’s focus was on military vehicles, they had rigs from near-modern back to WWI.

Spring brought nice weather, so we dusted off the bikes and started riding our favorite long loops in addition to exploring some new territory. We’ve been trying to add more gravel and dirt roads to our excursions, and Mike did a great job of finding incredible places we’d never been before. You’d think we would have exhausted every little squiggly line on the Oregon map by now, but amazingly there’s still places we have yet to see.

Riding highlights this summer included exploring the town of Lone Rock, a weekend in Athena at Hodaka Days, bushwacking near Opal Springs, and a really fun route that took us through Cottage Grove via a bunch of old mining roads. Both adventure bikes ticked over the 50,000 mile mark too, which feels like a decent accomplishment!

I’m flyyyying!!! Having fun on the John Day bridge in Clarno.

Buttermilk Canyon Road outside of Lonerock

Single-lane back country between Condon and John Day

Somewhere in the middle of nowhere, near Opal Springs 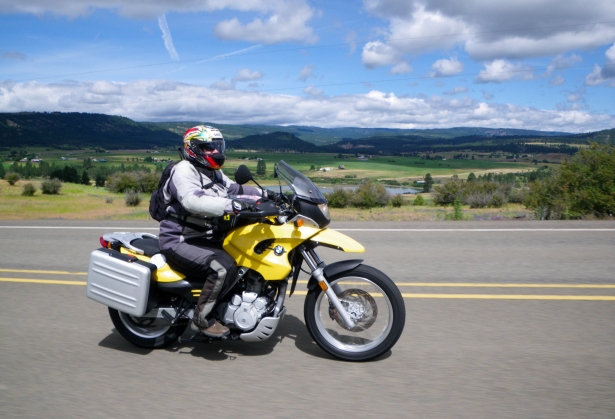 Riding past Whitney on Hwy 7.

Dropping down into LaGrande 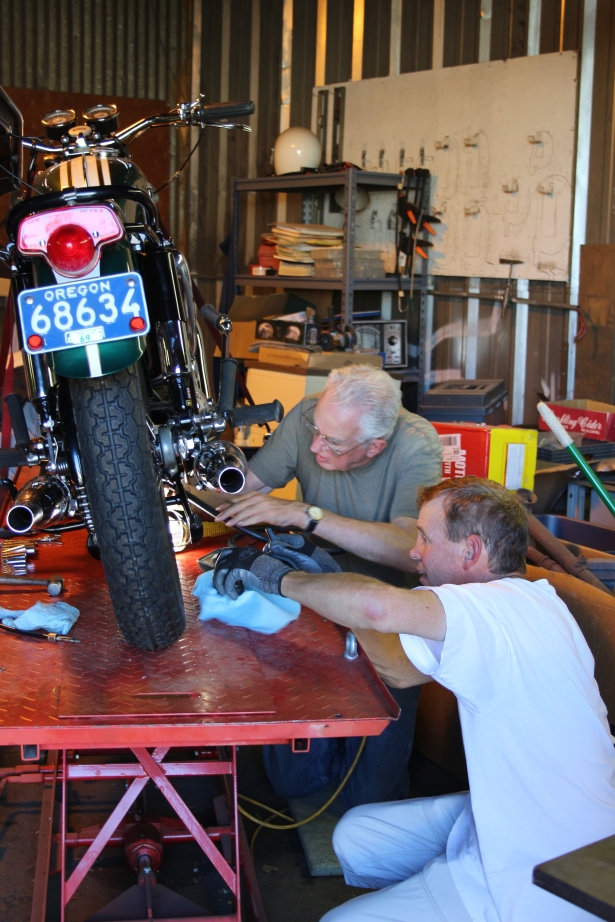 Once Mike’s shoulder put a kibosh on our riding, we resorted to other loves, hiking and wandering through museums. When the weather co-operates, you’ll find us out at Smith Rocks, Steins Pillar, Steelhead Falls, or any of our other favorite places. Mike’s the one with the smile on his face, hopping from rock to rock, I’m the sweaty-faced fat lady tromping along behind him. 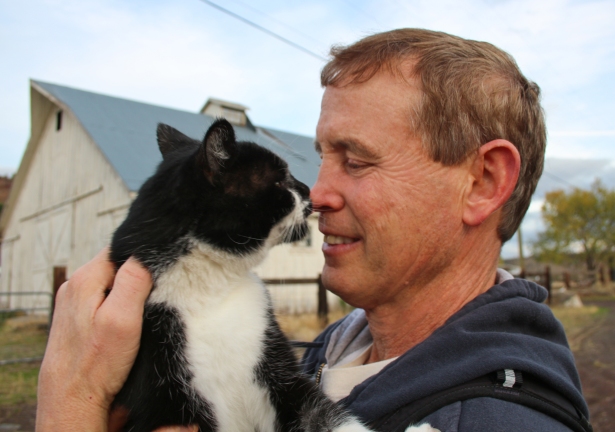 Mike finds a buddy while we’re exploring the canyon rim down by the original Crooked River Ranch.

Touring the Prineville Courthouse in November, it’s a beautiful structure with the original clockworks, completed in 1908. 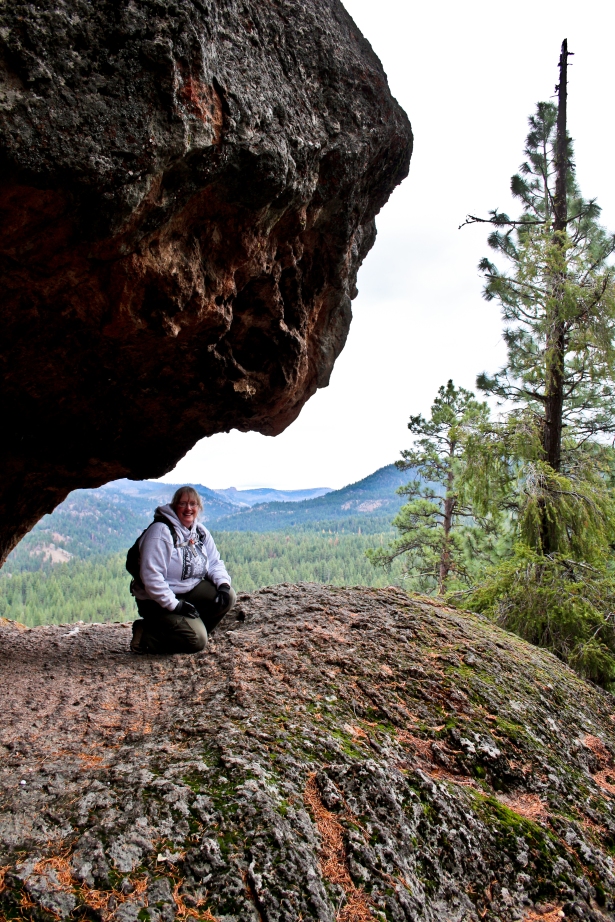 Pam on a hike to Stein’s pillar. Don’t pronounce it like a beer “stein”, the locals will laugh. It’s “Steen”.

Another thing that’s keeping us closer to home these days are the cats. Sabrina has some health issues that require more attention, so being gone for weeks at a time isn’t in the cards for us right now, but we’re happy that we’re able to be here for her.

Sabrina on the lower level, Tajah Sue up top.

It’s good that we live in Central Oregon because when the weather co-operates, it’s a beautiful place to be stuck in! 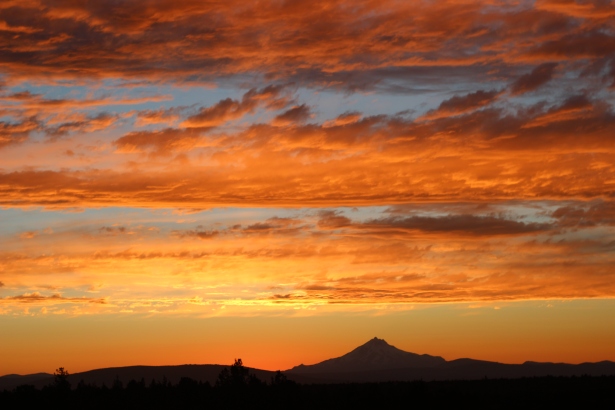 Sunset out our front windows 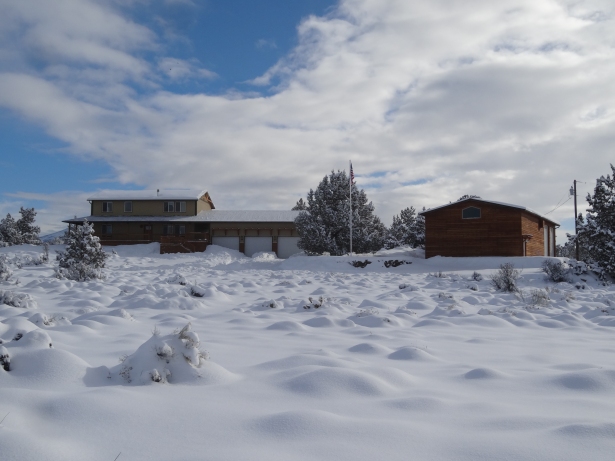 We got a bit of snow in February. 2 feet to be exact.

Wishing you all the warm contentment that comes from spending time with family and friends this season, and hoping things don’t pass you by too quickly!