A few years ago, riding from somewhere to somewhere else, Mike and I spent the night in Deer Lodge Montana. Riding into town at dusk, we turned a corner and saw what appeared to be a castle. A closer look revealed barbed wire and sentry turrets. This imposing structure was the old Montana State Prison, originally opened in 1871 and overcrowded nearly from day one, it was the site of deplorable conditions, riots, and the occasional humorous story.

The prisoners happily vacated the these antiquated digs and moved in to a modern prison in 1979. New inmates began showing up shortly afterward, although in this case their stays were short and they paid to get in. Mike and I joined these ranks today by walking in the front door and plunking down $9 apiece (with AAA discount!) to enjoy an afternoon with old cars and iron bars.

This prison complex has a much different feel to it than Alcatraz (one of the few other prison museums we’ve visited). Because Alcatraz was left derelict for many years, it has a feeling of separation from its time as a prison. The Old Montana State Prison doesn’t have that softening of years and layering of other experiences. It went directly from being a prison to being a museum with very little “restoration” done. There is peeling paint hanging from ceilings, the sound of dripping water greets your entry into the basement showers and the cold is bitter even though summer sun is warm outside, rust runs down brick like dried blood, voices echo through hallways, and solid steel doors can still swing shut on dark cells with a touch (thankfully locks have been disabled).

Memorada are push-pinned to the walls of offices where eye-ease-green phones and original log books sit on scarred government-issue desks.

This was not a good place to be. Even in its final years and after reforms the place was always either too cold or too hot, unsafe for inmates and jailers alike, and generally a miserable spot to spend time.

Although not exactly the perfect place to bring the kids on a sunny summer afternoon, if they’re old enough and thoughtful enough to comprehend what is being presented, it could be something the entire family remembers for many years.

In the end, Mike and I were left wondering how the heck anyone could have stayed sane working or living here, and how in the world any of the prisoners could have even considered re-offending once they got out.

This must be the place! Although the prison is the main draw, the auto museum is unexpectedly massive and worth at least 2 or 3 hours alone, it’s tough to fit everything here into one day. 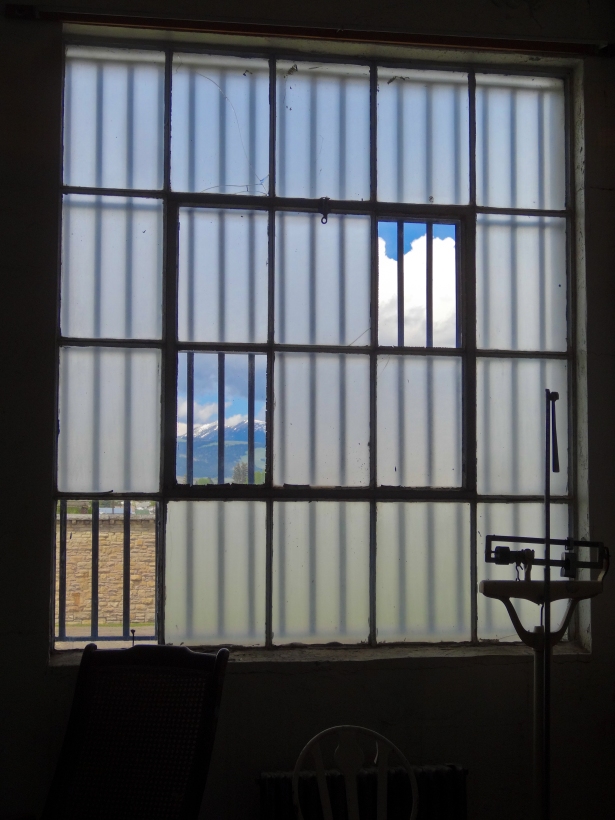 Pain with a view in the infirmary. Between May and November 1873, the overworked doctor reported 67 illnesses in a population of 21 inmates. 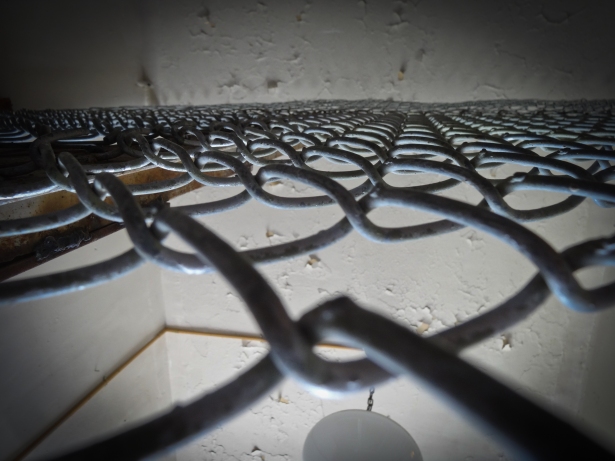 Chain links and cement shoes. Guards knew the poorly built prison wasn’t escape proof, so when a prisoner was a flight risk, he was issued a pair of shoes with cement soles in place of rubber. The extra 20 lbs per foot was insurance against climbing the chain link and rock defenses. 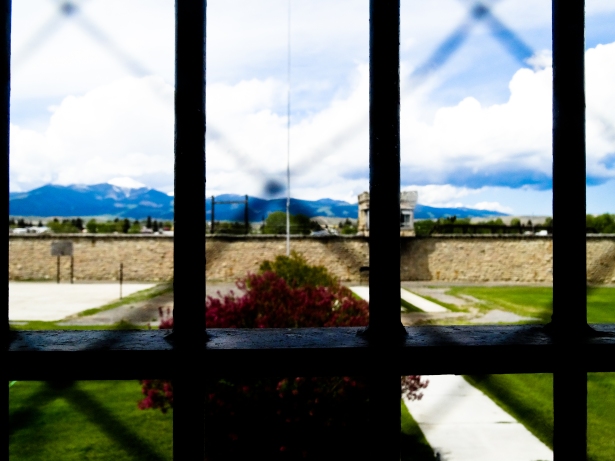 Shivering, cold and damp, looking out on a warm and sunny afternoon through these bars must have been near torture for the inmates.

The End Came at 4. 1959 log showing a hasty note scribbled by the guard as the prison began to riot. 3 deaths and 36 hours later, the National Guard regained control. 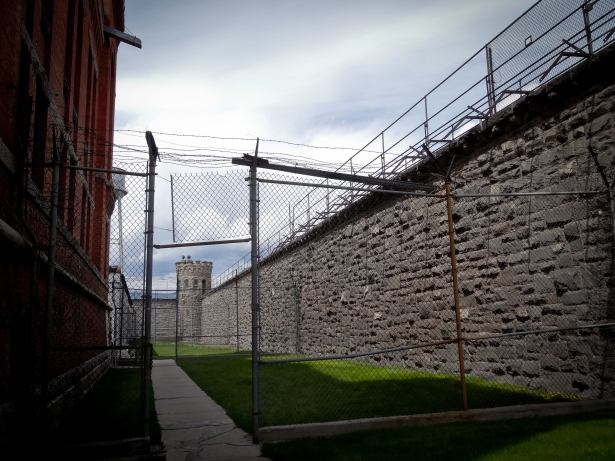 In 1893 prisoner workers replaced the original wood walls with these stone ramparts, it would seem a strange thing to build reinforcements to your own prison. 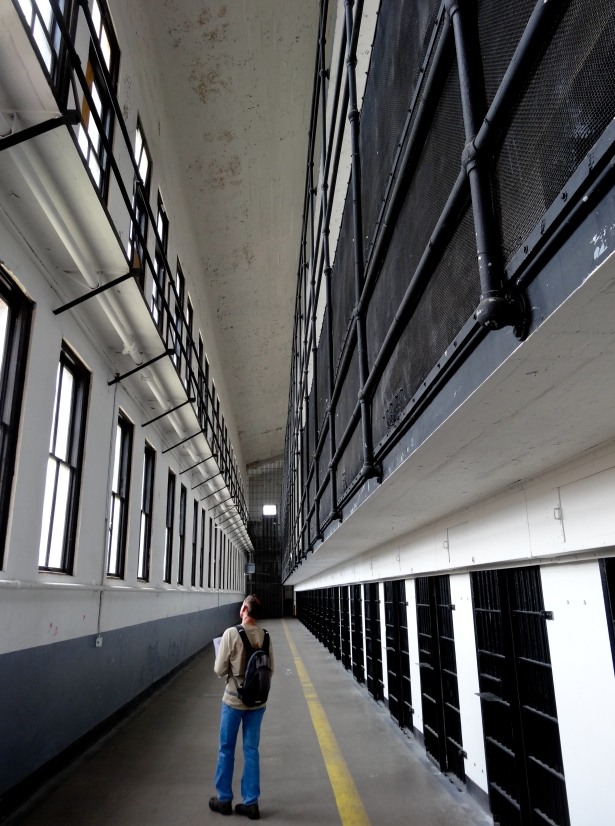 Perspective is everything. Sometimes it’s better to be on the outside looking in.

Women prisoners were also housed here, next to their male counterparts until 1902 when they received their own cold and cramped barracks that lacked even basic plumbing.

The jailer’s view. Looking out from the sentryway through one of the view ports into the prison theater. This walkway was like a tunnel, with water weeping from the walls and entering an open drain by the guards’ feet.

One thought on “A Prison of Their Own Making”