Why am I on the bike, it’s the middle of the night?

Yes, it’s 5am and we’re on the road with the heated gear turned up to 11 and frozen fingers. My eyes are darting 20 directions at once looking for deer and other critters. By sunrise we’ve stopped for gas in LaPine and it’s still freezing, but at least we can see further than the headlights.

Today’s ride is basically just getting us from point A to point B – namely just outside of Bodie, sticking to Hwy 97 then 395, two of the least exciting roads known to motorcycling.

As we were riding in towards Klamath Falls I was wondering what time of the year those really stinky little bugs swarm around the lake. I had just about convinced myself that it was spring when we hit the first swarm. Yea, it’s not spring.

We did take a short detour to get off the main road, riding through a town called Lookout, which surprisingly wasn’t on top of any hills and didn’t command a view. But it was cute.

Think they can work on my 40 horses? 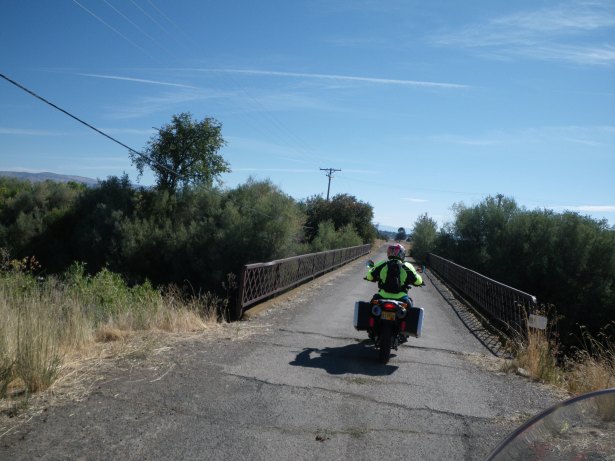 Into the great wide open

You know it’s a long ride when you end up with 4 gas receipts at the end of the day.

Toiyabe Motel, our home sweet home for the night. 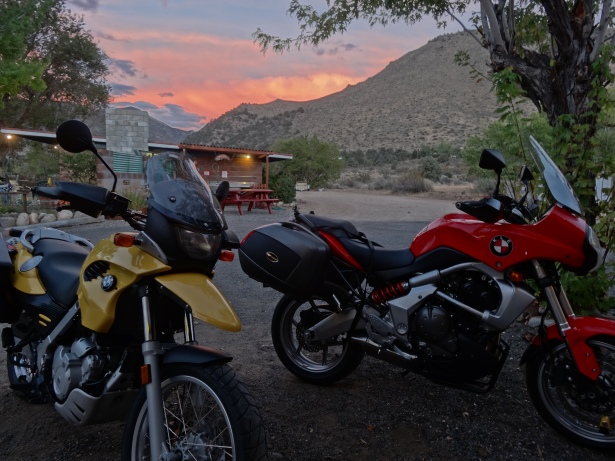